ENSO THEATRE ENSEMBLE: MADE WITH MINDFULNESS.

Enso Theatre Ensemble is a non-profit dedicated to artistry inspired by the philosophy of the Enso symbol.

​We produce ensemble-based professional theatre, and offer unique educational opportunities in an environment of mindfulness and well-being.

Enso fills a unique niche in Oregon’s cultural community: we are an ensemble-based theatre company creating professional productions and educational experiences in an environment of mindfulness and well-being. Throughout the year, we offer:
​
Professional Productions
Theatre Education Classes
Wellness Workshops
​
The atmosphere of an Enso production is designed to encourage community connection and conversation. On any given night, you will see a plethora of visual art inspired by the Enso philosophy, a pre-show performance from local musicians, a paint-your-own Enso station, and casual talkbacks facilitated by the artists in the production.

We are committed to keeping the arts and our wellness programming financially accessible for everyone. Tickets for our productions are sold on a sliding scale, scholarships are available for our classes, and we offer significant discounts for all our events, throughout the year. We never refuse a student on the basis of financial need.

The root of Enso’s mindful philosophy lies in cultivating a new generation of artists through our wellness-based approach to theatre-making. We seek to shift the paradigm of the “starving artist” by providing artists with the tools they need to find a healthful balance between work and life. Mindfulness techniques and practices are integrated into every aspect of our work as a company, and our ongoing mission is to lead the Portland arts community towards a culture of greater well-being. 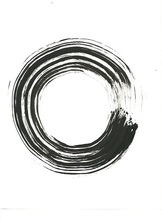 ﻿"In Zen Buddhism, an ensō is a circle that is hand-drawn in one or two uninhibited brushstrokes to express a moment when the mind is free to let the body create."

The enso symbol has been one that has followed me for several years now. It first was introduced to me by my father when I was in college. It embodied for me the type of person I w﻿as striving to be. Blessed and cursed with a mind that chattered away endlessly, the enso symbol symbolized that rare and elusive moment when I could let the mental chatter go and follow my instincts.
﻿
As I began to put together the pieces for a theater company, this symbol came back to me and it seemed to fall into place. In college I had fallen in love with meditation and movement-based theater, so it only made sense that the essence of what I was trying to do as a person, as a lifestyle, and as an Artistic Director, was to fulfill the enso.

1. Respect for the Space. This includes the philosophy of "Leave No Trace." At the end of every rehearsal, performance or event, we leave our space cleaner than we found it.

2. Respect for the Ensemble. We follow the improvisation principle of "Yes, and..." in our collaborative work, by building on top of each other's ideas and being open to wherever that may lead us. We allow our minds to let go of personal matters at the door while we work and put our full attention on engaging with the ensemble.

3. Respect for the Play. We recognize the vulnerability of the creative space by treating ourselves and others kindly, both on and off the stage. 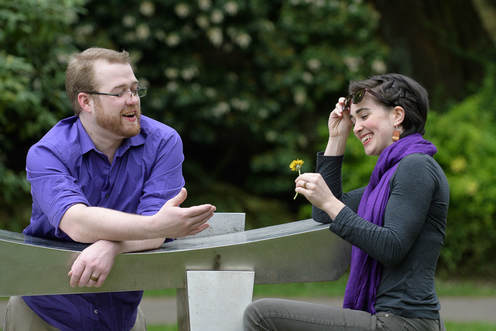 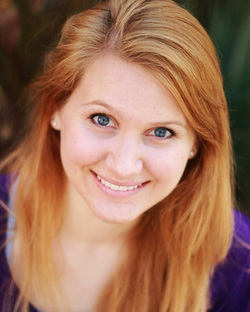 ​Arden Kilzer is a graduate of the University of California, Irvine, where she received her B.A. in Drama with a Minor in Digital Arts. While at UCI, she performed in a number of shows and acted as the resident Graphic Designer for Pipeline (The Undergraduate Theatre Society). Arden is currently based in the San Francisco Bay Area and continues to perform and create. For more of her work, go to her website and her YouTube channel. 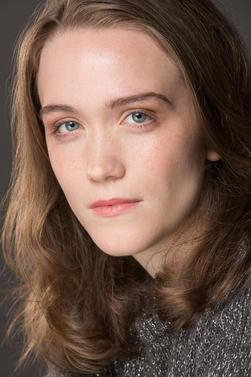 ​Helena Fisher-Welsh is an actor and writer who was born and currently resides in Portland. She graduated from the University of British Columbia in 2015 with a B.F.A. in Acting. Before heading up to Canada, she attended the Portland Actors Conservatory’s Summer on Stage program for young actors (2001-2009) and had her professional debut as Mildred in Artists Repertory Theatre’s production of Ah! Wilderness (2010). Her work with Enso began in 2016 when she joined the cast of Pride and Prejudice: An Adaptation, as Elizabeth Bennet. Since then she has worked with Enso as a board member and grant writer, and recently as a co-writer and actor in Enso’s Much Ado (Margaret).
Other recent work in Portland includes: Portland Shakespeare Project's Proscenium Live (2016); The Rusty Wheel with Fertile Ground's 4x3 Project (2017); Vanya and Sonia and Masha and Spike with Portland Civic Theatre Guild (2018), and Hamlet with Salt and Sage Theatre Company (2017). She was a mentee with Third Rail Repertory Theatre’s mentorship cohort from 2018-2019, where she functioned as Community Partnership Coordinator, and as an assistant director for John (2018). 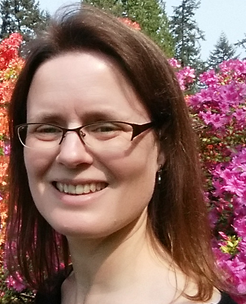 ​Shirley Lincicum is a librarian with a passion for the performing arts. She appreciates the opportunity to put her research and writing skills to work in support of Enso. Before moving to Portland in 2013, Shirley was actively involved both on and off stage with community theater groups in Salem, Albany and McMinnville. She enjoys singing, dancing and figure skating. 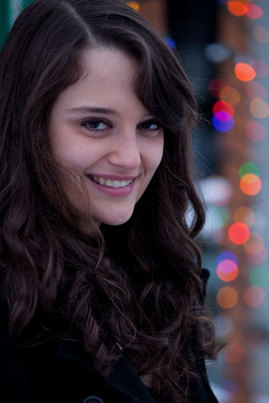 Madeline Shier graduated from Ohio Wesleyan in 2013 with a B.A. in Theatre & English Literature. In Portland, credits include: Helena (A Midsummer Night's Dream) and Tranio (The Taming of the Shrew) with Original Practice Shakespeare Festival; Helen (Cymbeline) with Anon it Moves; Olympias (The Maids' Tragedy) with Northwest Classical Theatre Company; and Liz (In Toxic) for Fertile Ground. In London, with the British American  Drama Academy: Imogen III (Cymbeline). 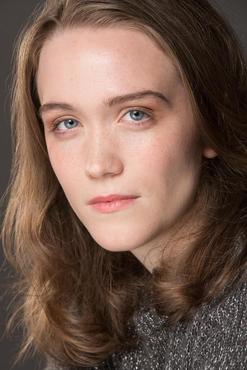 Helena Fisher-Welsh graduated from the University of British Columbia in Vancouver in 2015 with a B.F.A. in Acting. Before heading up to Canada, she attended the Summer on Stage program at the Portland Actors Conservatory from age eight to sixteen, and had
her professional debut at age seventeen in Artists Repertory Theatre’s production of Ah! Wilderness (Mildred). Credits at UBC include: Masha (The Seagull), Agave (The Bacchae 2.1), Claire (Little One), Woman in Queenly Spanish Garb (Chamber Music), and Mary (Salt Water Moon). Post-university Portland credits include: Elizabeth Bennet (Pride and Prejudice: An Adaptation) with Enso Theatre Ensemble; various roles with Portland Shakespeare Project's Proscenium Live staged readings (2016); Libby (The Rusty Wheel) with Fertile Ground's 4x3 project (2017); Nina (Vanya and Sonia and Masha and Spike) with Portland Civic Theatre Guild, and Rosencrantz (Hamlet) with Salt and Sage. She has also worked behind the scenes as the assistant director and co-lobby designer for Playhouse Creatures ​(CoHo Productions). 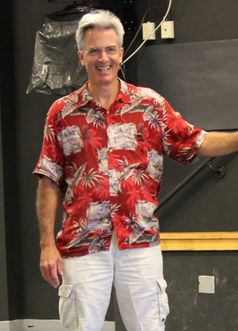 A long time ago, Michael Lushington worked as an actor and director in New York City. He has an MFA in directing from Brooklyn College and has been an editor for the International Bibliography of Theatre. Since 2003 Mr. Lushington has been running theatre programs for young people in Castro Valley. He has developed over 20 original plays including one published work, "I'm Alright" and a collaborative work, "No Harm, No Foul" (about a high school lockdown) with award winning playwright, Gino DiIorio. Go to the  Castro Valley Dramatic Arts Academy  website for more information. 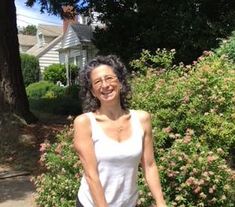 Karen Belsey is an Enso enthusiast after witnessing firsthand the power and impact of Enso’s approach to production and performance during “I’m Alright” and “Romeo & Juliet”. She comes to the Advisory Board with experience serving on numerous boards of directors over the last 20 years ranging from Oregon NARAL to Echo Theatre to Momentum Alliance.  Karen has worked in the field of youth development and public policy for decades and currently works with The Center for Equity and Inclusion. 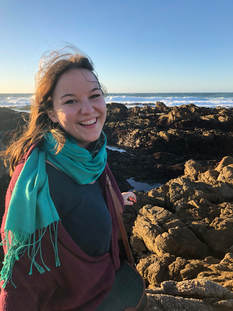 Joellen Sweeney is an actor, director and teaching artist. Local credits include work with Third Rail Repertory Theatre, Shaking the Tree, Portland Experimental Theatre Ensemble, Source Material Collective, Northwest Children's Theatre, Theatre33 and of course, Enso Theatre Ensemble. She is also a founding member of Bedrock Theatre, a group of musicians and storytellers that create fairytale adaptations along hiking trails. In addition to her theatre work, Joellen is a passionate environmental advocate, a classical vocalist and an ocean-science enthusiast. She lives in Gresham, Oregon with her husband and their cat, Frida.
"EAST OF THE SUN AND WEST OF THE MOON"
POSTPONED TO FALL 2020
​​TBA